Why the United States is the new Roman Empire 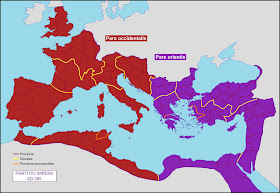 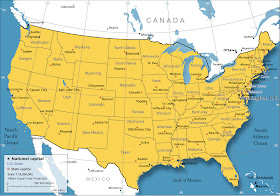 Today's subject is about something that I've come to realize over time. This is not necessarily about bashing the United States as much as it's about shaking my head at the sheer stupidity of them following in the Roman's footsteps.

Here are some things to think about:

-At the height of the Roman Empire, one out of every four people were slaves.
-At the height of official slavery in the U.S., one out every five people were slaves.
-The Romans were very fond of fast food. The city of Pompeii had a fast food place for every 60 residents.
-In the U.S., the most visited in 2013 U.S. businesses were fast food chains (McDonald's, Burger King, Starbucks, Taco Bell, etc.)
-The Romans spent huge amounts of money on political campaigns and used politics as the road to personal wealth.
-The 2012 Presidential Campaign spent a combined $2 billion. People such as Jimmy Dimora have gotten into trouble when it comes to political corruption lately.
-Just like how the late Roman Republic was in a constant state of war, the United States have been in at least eight wars in the last 100 years.
-The Romans were heavily influenced by foreign interests and policy. They would bend the rules to suit the profits made for the Roman aristocracy.
-The United States have followed suit, examples being laws such as NAFTA and the outsourcing of jobs.
-The Romans' middle class was crushed by cheap overseas labor late in its existence.
-The United States has a severe income inequality, with the top 20% receiving 85% of the income in America.
-Rome's late Republic oppressed the rights of common people, often rising to power through illegal means (Julius Caesar).
-The GOP has become a prime example of gerrymandering, ending up with 53% of the Congressional seats despite having 48% of the popular vote. Other examples of this come with oppressive tactics such as poll taxes, literacy tests, and even (nowadays) having to get voter I.D. cards.
-The Romans' system of democracy relied on a system of checks and balances, but steadily declined due to progressively polarized politics between the Optimates (rich people) and Populares (common people).
-The United States have practically mirrored this spirit of polarization with the Democrats (liberals) and Republicans (conservatives), with Fox News (Republicans) and MSNBC (Democrats) being their respective flagship sources of media.

Here's the thing that gets me about this: the Romans wanted to rule the world.....and failed. Not only that, but  the Mongols, Alexander the Great, Napoleon, the Nazis, the British, and the Soviet Union ALL wanted to rule the entire world. In spite of all of these attempts, only the British are still around.

It seems as if the U.S. might be able to, especially with tools such as H.A.A.R.P. But when you look at it from a historical perspective, you realize that it isn't fear-inducing as much as it just a sad, insane attempt.

Think of it this way. Remember Star Wars, when the Galactic Empire built a Death Star as its headquarters?


Now remember when it blew up?


And remember when they rebuilt it?

And remember when that one blew up?

That's what the United States is to the idea of ruling the world.

Further Reading:
http://www.salon.com/2012/12/26/8_striking_parallels_between_the_u_s_and_the_roman_empire/
http://www.huffingtonpost.com/2013/05/29/most-visited-businesses-fast-food_n_3353032.html
http://www.roman-empire-america-now.com/ (Dismiss the somewhat liberal slant. I am neither advocating liberals or conservatives. Draw your own conclusions.)
Kevin at 1:54 PM
Share